I just returned from a short trip to New Mexico a couple of weeks ago, I always return a changed person. The connection I feel to the land of enchantment and it's culture is indescribable. I went with my long time friend, Brenda. We flew into Albuquerque and rented a car and drove to Taos for Michael Hearne's Big Barn Dance. The Annual Big Barn Dance is held at the Kit Carson Park in Taos is attended largely by friends of mine from Texas. I could have just stayed home, right? No. It's truly an experience to hang out with my friends in the land of enchantment. 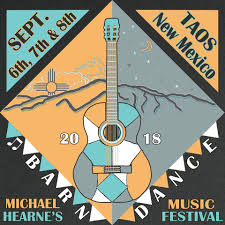 So the first night we arrived at the Barn Dance just in time to catch Bill Kirchen close out the show. As we were walking up in the parking lot, I was telling Brenda about my friend, Gary Roller, who now lives Taos who is an artist and musician. We walked in the front gate and there he was with his art on display and he played with Michael Martin Murphy a couple of nights later.

After the show, we drove to the airbnb where we were staying with a group of friends. It was a large beautiful adobe house north of Taos called "Palacio de Milagros." Waking up to the cool mountain air was just amazing. 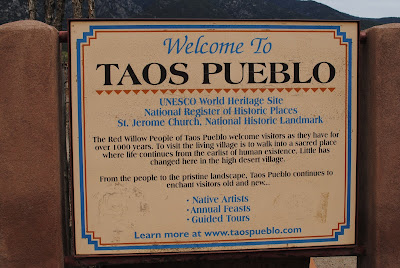 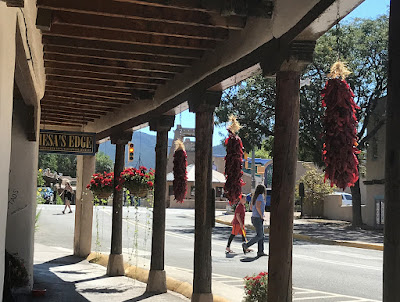 On the last day of our trip, while looking on a map to go to the Rio Grande Gorge, I saw that Valdez, NM was just a couple of miles up the road. I would  love to wonder around there for a day since my maternal grandma is a Valdez but we had run out of time. On this trip, the big find was the breathe taking Rio Grande Gorge.


We parked to walk across the bridge and the most beautiful little Native American woman was sitting up a table to sell her goods. I walked over to take a look. She was selling kachinas made by her husband. I felt like crying when I picked one of them up. It took me back to the time in the mid 80's I used to dream about kachinas and since I grew up in Texas, I had no idea what they were or the significance of a kachina. I had seen a life size kachina in the moonlight, on a nature trail in the middle of Austin, TX one night. It appeared and disappeared just as quickly then I was given a book of original kachina drawings by a Hopi. By this time, I was telling anyone that would listen about them and  Christian and I used to draw kachinas when he was young. Needless to say, I had a connection to them that I couldn't explain.

So Brenda and I walked across the Rio Grande Gorge bridge, in awe, we took photos and came back and bought 2 of the adorable hand made kachinas. One for me and one for Christian.

We got back into our rental car to drive to Santa Fe. Brenda programed "Waze" on her iPhone and we were on our way. Suddenly we both realized we were headed down a dirt road. I'm always a little skeptical of "Waze" taking us the best way since the last time I was in New Mexico we ran out of gas in the dessert... so here I am again. Then immediately we both realized we were headed to the bottom of the Rio Grande Gorge and it was breathe taking. We reached the bottom and there was a herd of bighorn sheep crossing the road and climbing some rocks. We pulled over and I took several photos but all the photos I took with my iPhone had this strange aura around the bighorn sheep.


I stood on a small bridge and listened to the Rio Grand water flowing and I felt the spirits of my ancestors lingering in the air. It was magical, emotional and calming and overwhelming all at the same time. I felt like I never wanted to leave. It is almost impossible to wrap my mind around the thought that I am a direct descendant of the Spanish Conquistador Francisco Vazquez de Coronado. He is my 11th great-grandfather. Coronado, was born in Salamanca, Spain in 1510. He led one of the most remarkable European explorations of North America.

The first Europeans to see the Taos valley were conquistadors with the Francisco de Coronado expedition. In 1540, he sent his Captain of Artillery, Hernando de Alvarado with twenty soldiers accompanied by Fray Juan de Padilla from the Zuni Indian Reservation, west of Albuquerque to explore to the northeast. Upon reaching the Rio Grand River, they were visited by twelve representatives of pueblos to the north with friendly greetings, so Alvarado, his soldiers and Fray Juan Padilla traveled up to Taos. The explorers returned with glowing accounts of the beauty of the area, but reported that there was no gold—the primary purpose of the expedition. 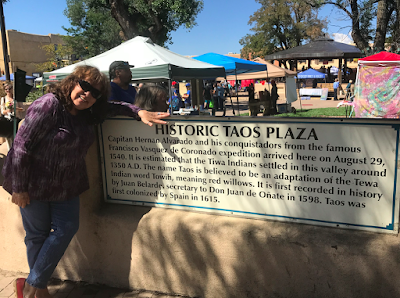 In my research I always find unexpected treasures. Father Juan de Padilla is one of them. I am assuming he is related to me because he was born in Andalusia, Spain in 1500 and I have many Padillas in my family tree on both sides of the family that go back to Andalusia.  Father Juan de Padilla was a Spanish Roman Catholic Missionary who spent much of his life exploring North American with Coronado. Padilla was one of the first Europeans to see the Grand Canyon. Coronado wasn't interested in going that direction because he was really only interested in finding gold.

Padilla was killed in Kansas in 1542 by Native Americans, and is considered to be one of the first Christian martyrs in the U.S. Juan de Padilla is associated with a miracle known as the "Rising of the coffin of Padre Padilla." The story of seeing his coffin rise above the ground was repeated for many years, and was believed by many people in Isleta, where the Padilla is believed to be buried. It has since becoming New Mexico folklore. 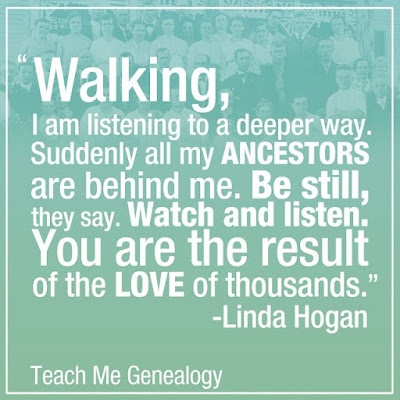