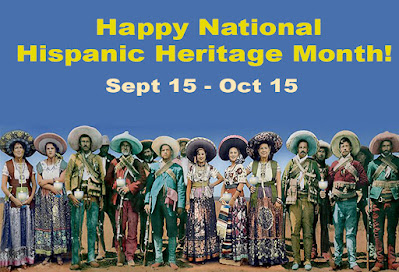 You're probably wondering why Hispanic Heritage Month begins September 15 instead of at the first of the month. The beginning date is a nod to the anniversaries of national independence for a number of Latin American countries:

Costa Rica, El Salvador, Guatemala, Honduras and Nicaragua who all declared independence from Spain on September 15, 1821.

Here's where my personal history comes in. On September 16, 1821 Mexico gained its independence from Spain. At that time, Mexico's northern provinces included California, New Mexico and Texas. I can only imagine the celebration when Mexico declared independence from Spain after being ruled by the monarchy for 300 years. It's hard for me to fathom that one of my heroes, my Great Great Uncle Lieutenant Colonel Lorenzo Labadie was born in 1825, just 4 years after New Mexico transformed from a colony of Spain to a territory of Mexico. 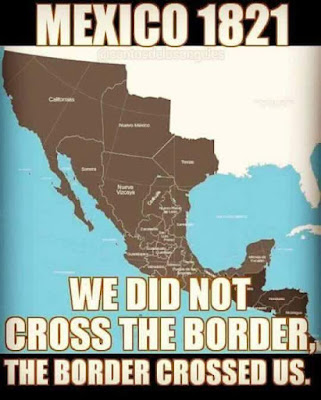 American settlers began arriving in New Mexico via the Santa Fe Trail. Then it was ceded to the United States in 1848 through the Treaty of Guadalupe Hidalgo. Then, finally on January 6, 1912, the territory was admitted into the Union as the State of New Mexico. 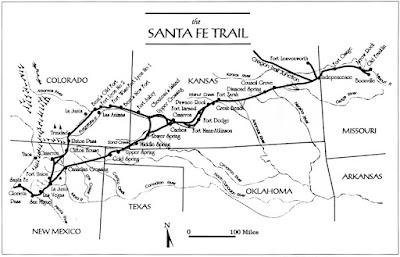 This is when I start feeling like a gender-neutral trying to explain to someone how to formally address me and my flavor of Hispanic culture. I often feel the need to do so because the country in which I live, hasn't done a very good job educating us. The information handed to us in text books has historically been extremely one sided. The average American thinks all of our ancestors arrived on boats at Ellis Island or maybe if you are Hispanic, your ancestors came with Christopher Columbus on the Niña, the Pinta or the Santa Maria. I have news for you....Columbus didn’t “discover” America and he never set foot on the land of North America.

So once a year during Hispanic Heritage Month, I attempt to educate the readers of my blog of the Hispanic heritage of the very misunderstood southwestern United States. I've realized that the majority of folks who lead our country in Washington DC, are only interested in their history and the majority of them are descendants of immigrants who arrived at Ellis Island. I am constantly reminding people that the Spanish settlers in New Mexico began to arrive in 1540.

So..let me back up and tell you some of previous important dates of my Hispanic heritage: On November 8, 1519, my first cousin 10 generations back, Hernándo Cortés, landed in Tenochtitlán (present day Mexico City) with 500 Spanish conquistadors. They had conquered Mexico for Spain by 1521. Then on July 11, 1598 Juan de Oñate came north from the Valley of Mexico with 500 Spanish settlers and soldiers and 7,000 head of livestock, founding the first Spanish settlement in Villa Nueva de Santa Fe.

Then in 1680, there was an uprising of most of the indigenous Pueblo people against Spanish religious, economic and political institutions imposed upon the Pueblos in the province of in Villa Nueva de Santa Fe called "The Pueblo Revolt." 400 Spaniards were killed and the remaining 2,000 Spanish colonizers went to El Paso de Norte (present day El Paso) along the upper Rio Grande River establishing the first Spanish base in 1680. It is easy to see this migration in my family, especially amongst my Padilla ancestors. Twelve years later many of them returned to Villa Nueva de Santa Fe.  Some remained in El Paso de Norte and just about a year ago I met a 5th cousin with the surname Padilla who lives in El Paso.

New Mexico didn't become a part of the United States until January 6, 1912, 3 years before the birth of my father. Needless to say, our history is somewhat different than the majority of the United States. New Mexico has the highest percentage of Hispanics, 47% of its population. 29% of the state's population speaks Spanish at home. So you can only imagine what it may have been like for my mother who's first language was Spanish, moved to Texas and was treated like a second rate citizen for speaking her native language. Both of my parents were born in Puerto de Luna, New Mexico, however my father moved to Guymon, OK after his mother died at the age of 3 and was schooled there. He had a Texas accent.

So this is just a reminder... my ancestors didn't cross the border.... the border crossed us. We have been here for almost 500 years and Spanish is our native language.

Okay, I am stepping off of my soap box and enjoying the rest of Hispanic Heritage Month in hopes that my readers have learned a little bit of history and will act accordingly. 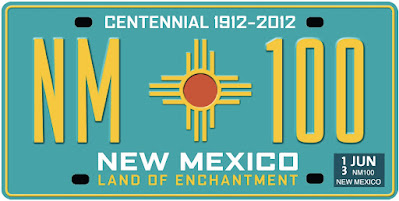