Saturn Return- Things are Happening Just As They Should

What is the Saturn Return? Just as it takes the Earth 365 days to orbit the Sun, it takes Saturn about 29.4 years for Saturn to return to where it was when you were born. So roughly the ages of 28-30 then again at 56-60 and again 84-90 Saturn return and creates a crisis that puts you face-to-face with your fears. But wait this sounds like something to dread but if you pay attention, it is really a time for growth.  It causes mini earthquakes to one's foundation, enabling us to shake off what's not for our highest good. Saturn is simply the instigator of change. It is all meant to lead us toward healing and a real foundation of self. At age 30, Vincent Van Gogh became a painter, instead of a minister.

So, here I am half way into my 56th year. Entering into my second Saturn return. I have found myself RE-ACTING to the same scenario as the first Saturn return. And again the lesson is to let go of what's not working because when you hold on to things that Saturn is trying to break up, the suffering begins. Like being stuck in a relationship that's harmful to my spirit. Like Oprah says, listen to the whispers of the Universe so you don't have to get a thump on the side of the head and if you don't pay attention to the thump, you get a disaster.

At the age of 30 I was engaged to and living with Greg. About a year into the relationship, he realized that being in a monogamous relationship  and the step-father to my 2 children was just too much work. He took an easier route and left to go live with 4 women from his past, his "students" who were willing to support him financially while he taught. And even though he had moved out, he wanted to maintain our relationship on his terms. Hummm... sounds familiar, the same lesson has reappeared at age of 56. Unwilling to live by Greg's terms, I lost my house and car and it pole vaulted me into moving out of town to go back to art school which was the beginning of a new and better life. After I finished art school, I moved to Los Angeles and worked at an advertising agency. I never would have taken this leap of faith had it not been for the big shake up. 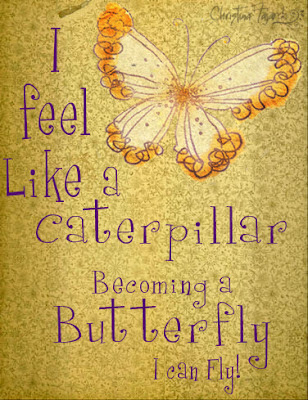 So, here I am at my second Saturn return, I am taking 3 art classes and taking my art business to the next level. Right on time.  Re-writing my personal life script without the people and situations that no longer reflect who I am becoming. It is as if the unconscious conjuring up people, events, and situations that challenge and teach us. I have been challenged to look at the drama in my life as my responsibility and create a new and happier more prosperous life! See Saturn return isn't all bad. Today I am letting go of my past and trail blazing into new territory.


I Am Passionately Owning My Power and Feeling Beautiful!
Living in Love and Gratitude!
Posted by Christina Fajardo at Friday, February 03, 2012