Happiness Is A Choice

Last year at this time I was spending every Sunday watching the OWN network, alone. Nobody else that I knew personally was watching it. Now a few seem to be catching on, a Facebook friend the other day said "It is like going to church in your pajamas!" It is absolutely true. The other day Pastor Rick Warren, made an appearance on "Oprah's Lifeclass. "While promoting the 10th anniversary of his best-selling book, The Purpose Driven Life, Warren created an analogy between life and playing poker. Five "cards" represent the different aspects of a person's identity: 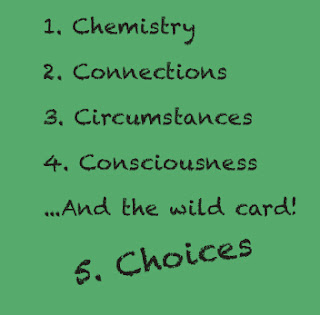 You have no control the first four but the fifth card - CHOICES- trumps them all. The first four cards we are dealt are the things we don't have control over. We didn't choose where we was born, when we was born, we didn't choose our gender, our parents, our race, our natural abilities, our natural weaknesses, but a wise player can play what seems to be a weak hand and win the game with the fifth card with CHOICES they make in life. There are ways to take what you are given and make the most out of it. You are a product of your past, but you are not a prisoner of it. 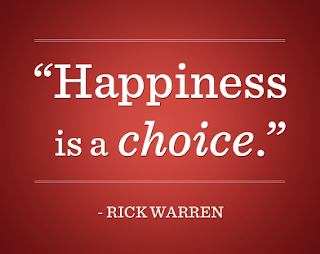 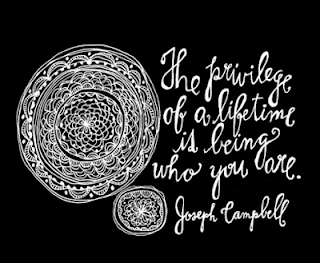 Posted by Christina Fajardo at Wednesday, January 30, 2013 No comments:

The Road Goes On Forever and the Lessons Never End 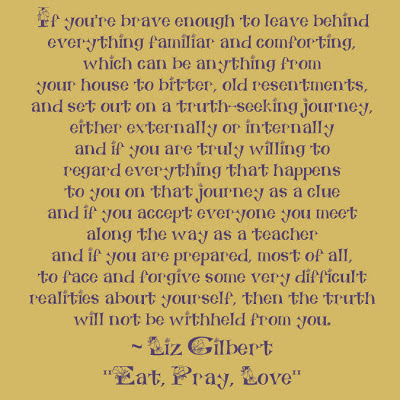 The first time I read "Eat, Pray, Love" I felt that I got the meaning of the above paragraph. I understood it on a level that I could understand at the time. I had at the time, left behind everything familiar on more than one occasion. I expected that I was going to reach a level of understanding somewhere in mid-life and from that point on everything would be a piece of cake. Quit the contrary. I have found that the road goes on forever and the lessons never end. Lessons appear and reappear, therefore forgiveness is required over and over.

An interesting lesson occurred the other day on a massive scale. I am still wondering if something huge was going on in the Universe that was part of the aftermath of the December 21 shift. The last will and testament of 3 families, my parents, my sister-in-law's mother and an artist friend, had been an issue for our families. On the very same day, everyone seemed to have come to a quasi agreement, but not without drama. It was a crazy day, however,  even while responding to the drama,  I was able to stand back and see that it was all a part of the lesson. My sister is the executor of my parent's estate. My father passed away 12 yrs ago and my mother, 8 years ago. The estate has not been settled, so for 8 yrs my sister has been dealing out money as she sees fit without legally disclosing financial information. After a legal letter from my oldest brother, she decided it was time to relinquish her power over what little is left and apologized to him. It says so much about our family dynamics. I had asked for an accounting of the money 2 yrs ago and was ignored.

So after a whirlwind of communications and/or miscommunications, I fell asleep feeling content that there seemed to be a light at the end of the tunnel. I woke up the next morning from a prophetic dream, I heard a voice say "She's your Arch Nemesis. I felt like I had just gotten an important piece to the puzzle, then I had to solve the puzzle. I spent the day pondering Nemesis, the Greek Goddess who directed human affairs in such a way as to maintain equilibrium. Nemesis means "She who distributes." Happiness and unhappiness were measured out by her. Care being taken that happiness was not too frequent or too excessive. Is it a coincidence that my sister is also a Libra? Balance is important to her but extremely subjective. And her indecisiveness often leads her down a slippery slope to procrastination. In this case, an 8 year ride down an indecisive, slippy slope. So even though Libras like balance, they have difficulty making up their mind and they becomes downright unpleasant when questioned.

As for the term "Arch Nemesis," that would indicate someone that has been a constant in my life that has more or less equivalent powers, but has opposing ideologies. That makes total sense as well. My sister and I, seemingly equivalent, had different life goals, however, she always had an upper hand with our father as her ally. Needless to say, the lessons have been hard, dealing with family issues and finally after over 50 years of practice, I have learned to stand up for myself and my immediate family. Under stress, her need to control and balance everything becomes amplified. A perfect example: After my mother's death, the family caravaned to Amarillo to bury her. When I arrived at Mom's house, I was told that all the "married" couples would be sleeping on the double beds and all the other couples would get a blow up a mattress. Long story short, that would mean that her son would get a bed instead of me. I was the 50 yr. old daughter with a chronic, painful spinal disorder. Where was the sense behind her decision for her healthy son to have the bed? I stood up to her and was physically attacked. She certainly didn't waste any time letting us know who was the new matriarch of the family.

The moral to this story: We are all divine. I don't believe in soul mates, I believe in soul groups. We are placed with those that will teach us the lessons that we are here to learn and it is by design that we are traveling on this road together. It isn't always pleasant but I am learning to choose happiness over suffering and sometimes that just means taking a needed detour off of the main highway to hang out at a rest area for a while.

Forgiveness isn't a one time event. It is a way of life because the lessons just keep coming. Forgiving others is important, especially those that provide the hardest of lessons over and over, however forgiving one's self is key. Be kind to yourself, don't accept less than you deserve.

So here we are, entering into the lucky number 13. Last night I returned from a trip to my beloved Texas, where I spent most of my time feeling under the weather, coughing, with a fever. I only saw about half the friends I had hoped to see. I am sure it was all just exactly the way it was supposed to be. Lots of quality time with Richard, three nights at Chateau René, a couple of meals with Dylan, and a Danny Britt gig at Donn's Depot. I really wish Monday night had not been New Year's so I could have done my usual Monday night thing, going to Mystery Monday, to see Sarah and Christine at El Mercado and Chris at Donn's but there is always next time.

The holidays season is normally a very happy, bustling, busy time for me. This year was different. I had no studio therefore no art shows. I sent store bought Christmas cards. My thirty some odd year old collection of Christmas decorations were in storage and I missed every annual party that I have attended for twenty or thirty years. I didn't go to Christmas Church Service at Willie's. But hey, change is good right? Ugh.

I don't remember a December ever that I had time to set and catch up on recorded TV shows. Good news is that Christian and Carrie have an excellent huge flat screen TV and it was too cold to go out and oh wait... I am in Missouri, I have no place to go. A couple of days before we went to Texas, I was catching up on "Long Island Medium" and Christian was making fun of me because Theresa, the star of the show communicates with people who have passed over. He thinks it is morbid so it was even funnier, on the way back to Missouri last night, Andrew and I were in the back set watching one of his favorite animated movies "ParaNorman," a movie about a little boy who talks to people who have crossed over. LOL

So today... I was on the phone with a friend, talking about how normal it seems to us that there are spirits among us and it dawned on her that it seemed like she had felt the presence of someone who had passed away on Christmas several years ago. Suddenly, across the room, the book "Where the Sidewalk Ends" by Shel Silverstein fell off of the bookshelf onto the floor. I told my friend on the phone and she said that it was odd because she was just looking at the same book on her bookshelf. She opened the book to this poem. 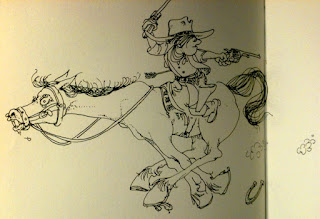 This morning I jumped on my horse,
And went out for a ride,
And some wild outlaws chased me
And they shot me in the side.
So I crawled into a wildcat’s cave
To find a place to hide,
But some pirates found me sleeping there,
And soon they had me tied
To a pole and built a fire
Under me—I almost cried
Till a mermaid came and cut me loose
And begged to be my bride,
So I said I’d come back Wednesday
But I must admit I lied.
Then I ran into a jungle swamp
But I forgot my guide
And I stepped into some quicksand,
And no matter how I tried
I couldn’t get out, until I met
A water snake named Clyde,
Who pulled me to some cannibals
Who planned to have me fried.
But an eagle came and swooped me up
And through the air we flied,
But he dropped me in a boiling lake
A thousand miles wide.
And you’ll never guess what I did then—
I DIED.

So I am dedicating this poem to you my dear May 12th buddy. May your soul rest in peace.
Posted by Christina Fajardo at Thursday, January 03, 2013 No comments: