The Padilla Family of New Mexico

During my ancestry research, I discovered most often each surname in my family history goes back to one single male progenitor. Below I have traced just one of many branches of my amazing family tree back to Spain. I am starting with my mother's paternal lineage - the surname Padilla. While doing my research, I discovered there were key players on my dad's side of the family that were Padillas as well. In this case the male progenitor is Diego de Padilla I. He is my 7th great-grandfather on both my mother and father's side of the family. My dad's lineage will be another blog.

Spanish immigration to Mexico began in the early 1500s. My 8th great grandfather Juan de Padilla was born in 1558 in Seville, Andalucia, Spain.  He was the first of my Padilla lineage to make the journey from Spain to the Americas. (Not to be confused with another Juan Padilla, also born in Andalucia, Spain in 1500. He was the first Christian missionary martyred within the territory of the present day United States. This Juan Padilla accompanied the Spanish explorer, Coronado in 1540.)

Having found wealth in Mexico, the Spanish colonists were looking north to expand their empire. Together my 7th great-grandfather, Diego and my 7th great-grandmother, Ana moved further north to Queretero, Mexico. A political base had been established in Santa Fe, New Mexico in 1610, naming it the capital of the Kingdom of New Mexico. It became an outpost of the larger Spanish Viceroyalty of New Spain, headquartered in Mexico City.


Sometimes I wonder what it was like for my ancestors traveling through Mexico as they approached the Rio Grande from the south, viewing two mountain ranges rising out of the desert with a deep chasm between. This is the site that they named El Paso del Norte. The arrival of the first Spanish expedition at the El Paso del Norte in 1581 marked the beginning of more than 400 years of history in this area. Texas didn't even exist at that time but much later it became the location of the two future border cities, Ciudad Juárez, Mexico on the south bank of the Rio Grande River and El Paso, Texas, on the north side of the Rio Grande River. It is hard to believe that this border is now in the forefront of our daily news due to the current administration's zero tolerance policy that started being enforced a year ago towards asylum seekers. The land on both sides of the river belonged to Mexico at this time. I wonder how this policy compares to what Fray García de San Francisco had in mind in 1659,  when he founded Nuestra Señora de Guadalupe Mission, which still stands in downtown Ciudad Juárez, Mexico, the oldest structure in this area.

If you are familiar with New Mexico history, you know that 1680 was a pivotal time in history. The Spanish had dedicated themselves to build Catholic missions throughout New Mexico. After three generations of oppression, in the spring of 1680, the Pueblo Indians rose up to overthrow the Spanish in "The Pueblo Revolt." Native Americans had lived and worshiped independently for centuries yet were forced to abandon their religion, adopt Christianity, and pay tribute to Spanish rulers. The Franciscans initially tolerated manifestations of the Native American rituals as long as they attended mass and maintained a public veneer of Catholicism, sort of like the Converso Jews had done in Spain during the previous century. Then later Kachina dances by the Pueblo Indians were outlawed and their masks and prayer sticks were burned. When I read this, I had a visceral reaction and started crying.

In 1985 my five year old son, Christian and I started drawing Kachinas without having any idea what the religious significance was to our Native American ancestors. I had started having dreams about them so I did some research. At the time I thought I was a full blooded Spaniard.

The kachinas are as important to the Native American culture as saints are to Catholics. The central theme of the kachina is the presence of life in all objects that fill the universe. Everything has an essence or a life force and humans must interact with these or fail to survive.

The Pueblo Shaman were convicted of practicing sorcery. The Franciscan missionaries also forbade the use of hallucinogens in the traditional religious ceremonies of the Pueblo. Several Spanish officials who attempted to curb the power of the Franciscans were charged with heresy and tried before the Inquisition. Systematic destruction of Pueblo kivas and the suppression of ceremonial practices so important to the belief system through which the Pueblos maintain their relationship between man and nature reached a critical point and for nearly a decade. New Mexico had experienced a devastating drought, threatened by famine the Native Americans placed the blame for their plight on the Spanish disruption of their religious practices.

So in 1680 my fifth great grandfather, Captain José Villasenor de Padilla and his wife Maria had been living in Santa Fe for twelve years but when "The Pueblo Revolt" broke out, they had to abandon their home in Santa Fe and were exiled to El Paso de Norte where Maria had my fourth great-grandfather, Diego de Padilla in 1680. They were exiled with more than 2,000 Spanish refugees and 317 Native Americans in El Paso del Norte.

José Villasenor de Padilla and his wife lived out the rest of their lives in El Paso de Norte. In the 1692 Census Jose’s household numbered thirty-two persons of which twenty-one were listed as servants. The fact that his household contained such a large number of servants indicates that Padilla was an enencomendero or a colonial grantees. They were granted the right to Native labor and tribute in exchange for assuming responsibility to protect and Christianize their Native subjects.

Meanwhile, the Spanish Crown was giving land grants to settlers who wanted to move back to New Mexico and start new communities, My fifth great-grandfather Diego de Padilla migrated north, returning to the land his parents had been forced to leave with the De Vargas settlers in 1692. Diego was only  twelve. He became the progenitor of the Padilla family of New Mexico and the patriarch of the most prominent family in the historic of Spanish settlement of Los Padillas, located south of Albuquerque.


This is when I realized that I do in fact have distant cousins that still live in Mexico. Diego left some of his extended family in El Paso de Norte. The day I came to that realization I was looking at art and photos on Pinterest and discovered a lady named Charlene Padilla from Ascensión, Chihuahua, Mexico. She had a board of family photos and they were all Padillas. I contacted her and sure enough, she is a distant cousin! The synchronicity blows me away. I have to do a little research to figure out exactly how we are related but she has an amazing collection of Padilla photos on Pinterest.

Diego married Maria Vasquez De Lara Y Baca and they had ten children. Now I felt like I was closing in on connecting the dots from my mother's paternal lineage to Diego, the progenitor of the Padilla family. While I was reading, I distinctly remember feeling that the room fill with what felt like the ancient spirits of my ancestors. It didn't feel scary and it wasn't odd. It was magical. I went to bed that night without figuring out which of Diego's son's was the direct link. When I woke up, I made a cup of coffee and with anticipation and started reading again. I discovered that Diego had a son named Esteban de Padilla with a Native American servant. Esteban was my link, my fourth great-grandfather and this explained my 25% Native American DNA. I felt very close to him or maybe it was empathy.

Esteban was born in 1710 in Isleta, New Mexico, just south west of Los Padillas. He was born into the large extended Rio Abajo family of Padillas. Rio Abajo is the region below Santa Fe. Just like Martin Cortes, the son of Hernando Cortes and Malinche, Esteban was a Mestizo or as they are called in New Mexico, a Coyote. A documented child of Diego de Padilla and a Native American servant, and the half brother to the rest of Diego’s legitimate children.

Because his mother was a Native American servant, Esteban was marginalized within the large Padilla family as a child. He didn't inherit land from his father nor did he have the same social or marital standing as his half brothers and sisters. However, as an adult he accomplish the most desired goals of a Colonial New Mexican. He married a woman of his own social and racial class, Jacinta Martina Delgado in 1742 and they had 12 children including my third great-grandfather, Bernardo Padilla. He purchased parcels of land  from his half brothers and sisters. As I read the old records it became obvious that Esteban and Jacinta were respected in Los Padillas and in the Pueblo of Isleta. He and Jacinta became Padrinos or witnesses over thirty times in the baptisms or marriages of their family members or fellow parishioners, Spanish, Mestizo and Indian alike. That was even an honor in my parents generation. He died in 1779 in Los Padillas, at the age of 69. He's a hero of mine and it makes me very proud that my dad's nickname for me as a child was India (little Indian girl) A couple of years ago I made a trip to New Mexico specifically to see where he was born. I was happy to find that it was a beautiful green valley in the foothills of the Sandia Mountains. 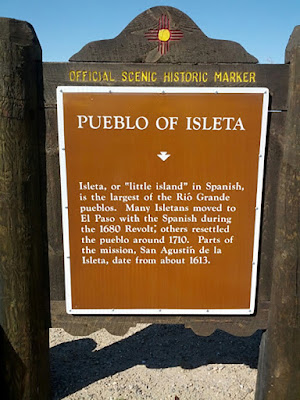 It is hard for me to believe that Texas became a state December 29, 1845, eight years after my great-grandfather, Jose Dolores Padilla was born. After gaining independence from Spain in the 1820s, Mexico initially welcomed foreign settlers to sparsely populated Texas.

Jose married Marcelina Castillo. They had 17 children, their sixth son was my grandfather, Ascencion Padilla. He was born April 15, 1875 in Conchas, New Mexico and married my grandmother Rosita Valdez in 1898 in Puerto De Luna, New Mexico. Rosita had been born in Puerto de Luna, New Mexico August 31, 1884. 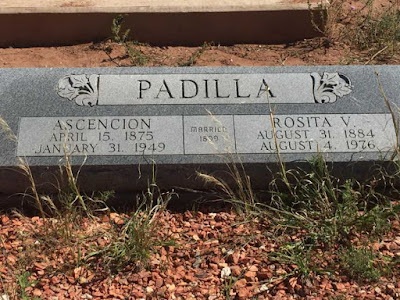 So there it is. I don't know what the moral to my story is if there is one but as I wrote it today, I watched a mother mourning dove try to get her baby chick to fly for the first time. Meanwhile there was another bird attacking a plastic owl swinging in the wind and my cat was having a big time watching it all through the window hoping I would open the door so she could eat a bird. They are animals, instinctually doing what animals do. As humans I would like to believe that we can move past believing there isn't enough for everyone. There is, and we can share this Earth. We can share the food and we can share the love. Everyone has a right to their own beliefs and a right to pray in their own language. I refuse to act like something I am not, just to fit in. 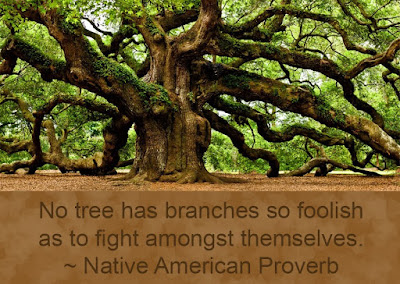 Dedicated to my mom and dad who tried so very hard to fit in because they thought they had to be what was acceptable to survive.
I am so happy that you are flying free.


I love you very much.
La India