January has always been my least favorite month. The holidays are over, days are shorter and it's cold. Putting away Christmas decorations is depressing after traditionally falling asleep on the couch during the month of December, basking in the glow of Christmas tree lights. It's no wonder that there is actually a disorder called SAD (Seasonal affective disorder)

I'm always left in a vulnerable state after the New Year celebrations have ended. This year was no different ... only worse. I flew home from a month long visit in St Louis on January 9. The next evening I received sad news from New Mexico that my friend, Linda Quintana had passed away. She had been ill, still, nobody is ever ready to hear that someone you care about is gone. She was one of those people that I had so much in common with that we could go a while without talking and pick up right where we left off. We were both passionate about our jobs working for newspapers, we loved music, art, our kids and grandkids. Not specifically in that order.

Linda was married to my cousin Tommy Quintana. She and I became close when I lived with my Grandma Rosita during my junior year in high school,1971-72. Tommy and Linda lived in a cute little house in Santa Rosa, NM. To me it seemed like the storybook perfect place described in the Crosby Stills & Nash song "Our House." With a garden next to the acacia on a back street of a small town. I loved staying at their house on occasion. Linda and I were both earthy Taurus girls, her birthday was May 5, 1950 and mine is May 12, 1955. If fate would have had it, my birthday would have been 5 days earlier on 5/5/55.
Apparently, according to the town crier, I was having too much fun in Santa Rosa because my parents made me go back to school in Amarillo for my senior year. It was just as well. I was able to go to school half day and work half day. I saved my money and was able to go back to Santa Rosa the summer of '73 after I graduated and rented a little adobe house on the hill. 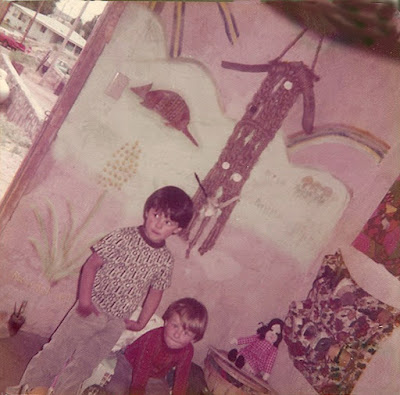 This is the only photo I have of that house. I painted a Texas style primitive mural on the living room wall. My cousin Barbara lived down the street. On this particular day, her 2 boys, Timothy and Kris came over to visit. That summer Linda and I discussed going to Highlands University in Las Vegas, NM. I had high hopes of what I could do with the 3 chords I could play on the guitar and my limited writing skills. My parents had very different plans for me. They came to Santa Rosa, swooped me up and moved me to Austin where I was to babysitter for my sister's 3 year old son, Derek. Oddly, it didn't dawn on me that as an 18 years old I had the choice to live MY dream. Looking back, I realize my plans were rarely taken into consideration. It took me years to realize I was what Prince Harry is referred to as "the spare to the heirs." In other words, what I wanted didn't matter because I was the youngest female in our traditional Hispanic family. I was basically there to be a support system for the family. Not to live my dream. But that is a whole other blog.
Music had always been something I gravitated to. Music lessons were never an option because from the time I was in the 2nd - 6th grade I had a little brother who was ill. In high school, I took it upon myself to learn what I could on my own. I used to sit in my bedroom at my parent's house teaching myself how to play my dad's guitar. 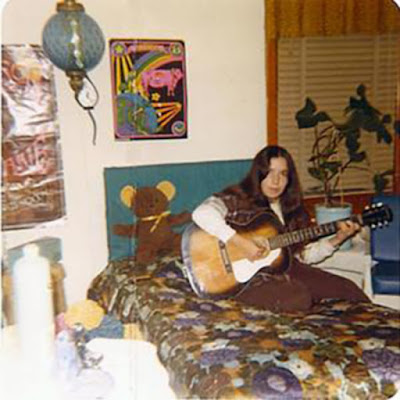 I had a turn table and a short stack of albums. In the summer of '71, my friend Chris Montano had hopped on a Greyhound bus from Santa Rosa to Amarillo bearing gifts. He gave me 3 of the albums listed below that became the soundtrack of my teenage years along with my sister's Beatle albums.
Jackson Browne was to come in the next year. Needless to say, the news of Linda's passing 2 weeks ago had all of these songs circling around in my head along with all my other memories of being a hippie chick from the Texas Panhandle living in rural New Mexico. You can only imagine the crushing surprise when the news came the week after Linda passed away that David Crosby had also passed away.
Naturally, over this past week, I've been listening to all the old CSN music and reminiscing. The song that resonates the most is "Teach Your Children." The version on the "Deja Vu" album to be specific, because it has Jerry Garcia on steel guitar. Only now, 50 years later, "Teach Your Children" has a totally different meaning to me as a 67 year old grandmother.
Listen to it and read the lyrics. You'll see what I mean. 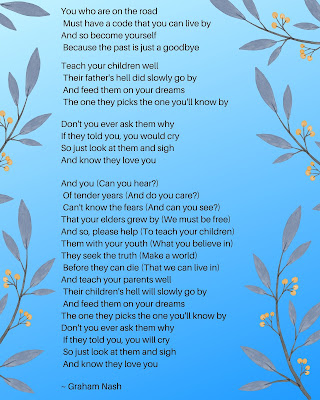 I loved CSN as a teenager because they were cute musicians from California, my dream land. Now I know they were wise beyond their years. In the 80's when I moved to Los Angeles, I used to drive through Laurel Canyon just to get a feel for what it may have been like 10 or 15 yrs earlier, when these songs were being written. There certainly was the same vibe that used to be present in South Austin back in the day.
I'm so sorry that I lost track of what David Crosby had been doing for the past few years. He continued to be a positive force AFTER his battle with drugs. I was pleasantly surprised to discover "Ask Croz" on Youtube the other day. Up until about a year ago if you had a question for David Crosby you could email askcroz@rollingstone.com or tweet your question with a hashtag #askcroz. If you felt you had a question to weird embarrassing to ask, you could send it to him.
In closing these past two week have been rough on many levels. It has served as a reminder that the baby boomers produced a massive amount of dreamers, artists and musicians otherwise known as hippies and flower children who were determined to change the world. We have reached that age when the hours and minutes of our days and nights are not taken for granted. I am grateful for rediscovering Croz, even after his death. His interviews with Howard Stern are uplifting, positive and funny. I wish I had found them in the beginning of the pandemic when I was living in so much fear. He's sort of the west coast Willie Nelson. His love of music was beautiful and he truly loved sharing it was with all of us. Even at the age of 81 with many health issues, he seemed to have a positive, sweet, mellow presence with a lack of ego. I'm pretty sure there should be a bumper sticker that says "What Would Croz Do?"
Happy trails Linda Quintana and David Crosby ... I hope you find each other on the other side. Ya'll will be great friends. 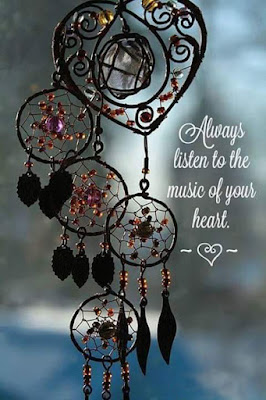 Posted by Christina Fajardo at Tuesday, January 24, 2023 No comments: