Indigenous People Day...
Ugh... hard to write about.
How about calling it
"Screw Anyone Who Thinks
They Are The Boss Of Me Day!"


It seems that we are living in extraordinary hard times but in reality, we have always had hard times. Just this week in the news, Brett Kavanaugh, Trump's Supreme Court nominee, was facing multiple allegations of sexual misconduct. Unfortunately, he was confirmed as a Supreme Court Justice. Everyone is asking "How could this possibly happen?" The same way the majority of us still celebrate Columbus Day on this day, 526 years after he raped, enslaved, murdered and took land from natives when he arrived in the Americas. 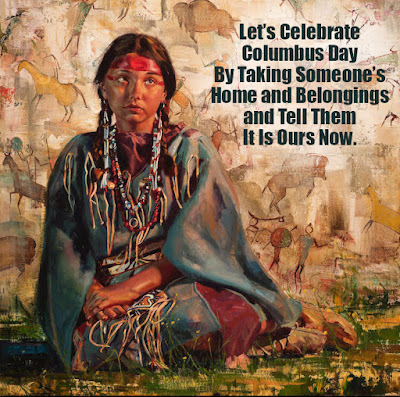 The only difference now is that we have social media to spread the information like a wild fire. "The Me Too Movement," seems to have re-opened the wounds of thousands of women who felt they had been violated. MeToo was founded to let survivors of sexual violence know they are not alone on their journey and to find pathways to healing. Yet to me, the issue is much larger than sexual assault. The real issues are more about any sort of transgression or invasion to gain control and/or power, stemming from the perpetrator’s need for dominance. The vast majority of MeToo stories describe occurrences within the family, or a classmate, a boss or someone at a party. Many times with someone the victim knew well. These transgression, most often weren't talked about because telling someone, most likely would create unfavorable consequences due to unhealthy family dynamics that had been set in place. The victim was used to feeling unheard so it was buried deep down inside.

Everyone knows someone who has used their position to seduce, coerce, manipulate or attack to gain or maintain control. They either had what their victim wanted or their victim had what they wanted. And it can go both ways, it isn't always a powerful man victimizing a woman. In some cases it could be someone feeling totally out of control who is trying to feel like they have power.

We have all had this experience to some degree, however, if frequent and/or prolonged adversity occurs, toxic stress is the outcome. I had one extremely damaging experience in my early thirties that profoundly changed the trajectory of my life. It had nothing to do with a sexual assault and everything to do with being a powerless woman in a bad situation with not one person that I could call on to be supportive. There was an enormous amount of shock, shame and disbelief involved, therefore it took me years to even admit to myself what had happened enough to even process it and react. I then became angry for a few years and then after the anger pasted the healing began. I later realized that the anger was really grief. 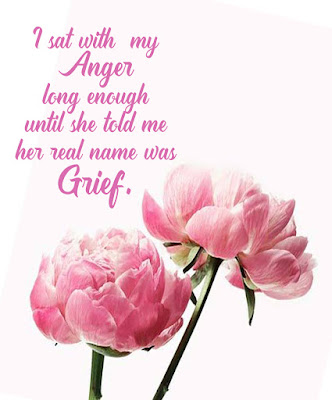 There were layers of hurt to heal and it took years. Even now it resurfaces from time to time in a very small way, yet I have found the tools to deal with it. In the beginning I felt shameful. Then I went through a period of anger. In the anger I found bravery and courage with the realization that I hadn't done anything to "deserve" what had happened to me. I am now a strong believer that we come into this life with memories in our DNA and it is our job to heal the generational scars, as to not pass it on to the next generation. It's an unusual belief, I know, but it works for me. I took back my power.  I now study my family history and there's plenty to be healed. Hundreds of years of transgressions. 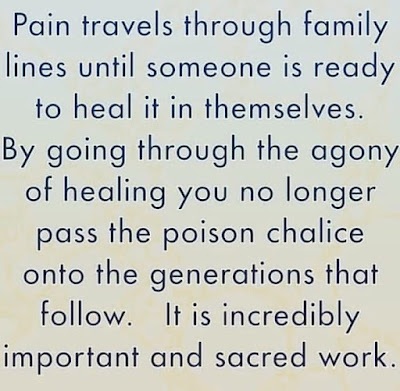 I have VERY mixed emotions about Columbus/Indigenous People Day. I am almost 70% Spanish and 30% Native American, Ferdinand and Isabella, the Catholic Monarchs are my 12th great-grandparents. In 1478, they established the Spanish Inquisition, joining forces with "The Fajardo Army" of southern Spain to expel Sephardic Jews from Spain. Then in 1492, they financed the voyage of Christopher Columbus that led to the opening of the New World and established Spain as the first global power which dominated Europe and much of the world for more than a century.

My ancestors remained in Spain until the 1500's. The first expedition in 1527, was that of my 1st cousin 8X removed, Alvar Nunez Cabeza de Vaca's . Cabeza de Vaca befriended the Native Americans and learned the practices of native medicine men. He personalized his cures by making the sign of the cross and reciting prayers. In 1537 Cabeza de Vaca returned to Spain to publish a journal of his experiences and advised the king that the only way to win the hearts of the Native Americans was to treat them with kindness rather than force. The information Cabeza de Vaca took back to Spain helped to launch the Coronado expedition, then there were many more to follow.

In my 5 years of research, I have gained the most respect for my ancestors like Cabeza de Vaca and my 4th great grandfather, Esteban Padilla. Esteban was born in 1710 in Isleta, New Mexico, the child of Diego Padilla and a nameless Native American servant. Diego Padilla was the patriarch of the most prominent family in the community of Los Padillas. Esteban was a Mestizo or Coyote, meaning he was half Spanish and half Native American. He didn't marry into another wealthy Spanish family, but instead married a woman of his own social class, Jacinta Martina Delgado. Together they climbed the social latter by purchasing parcels of land from Esteban's half brothers and sisters. Esteban and Jacinta became padrinos or witnesses over thirty times in the baptisms and marriages of their family members or fellow parishioners, Spanish, Mestizo and Indian alike. He seemed to be the Barack Obama of his day, fitting into both cultures and uniting them. So my pride doesn't come from being the 12th great-granddaughter to the throne on Spain, I am so very proud that my 4th great-grand-parents overcame adversity and thrived. They are my heroes.

My message? Nothing has changed. There will always be those who want to reign over everyone, on whatever level they feel they can. Then there are those that are leaders, who teach us how to carry our own. Be a leader. Remember that we are one and we are only as strong as our weakest link in a chain of many generation. Memories are carried in that chain called DNA, much like our physical features. We are unconsciously affected by the unfinished business of our ancestors UNTIL we acknowledge the past. In other words, we revisit the events and traumas experienced by our ancestors in our lifetime, until the trauma is faced head-on and healed. It's of upmost importance to hold each other up on this journey, never trying to be in control of one another for any reason. Respect each other. 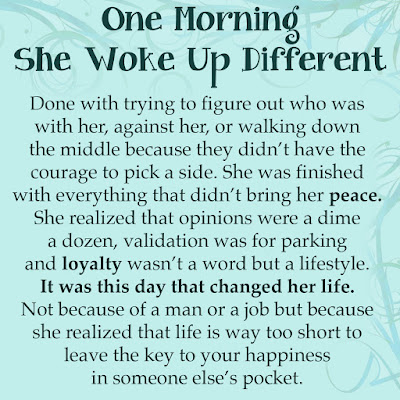