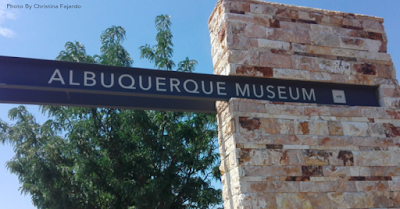 Just when I thought our country couldn't feel any more divided, ugly and violent, there was a shooting yesterday outside of the Albuquerque Museum. A petition to remove the statue of Juan de Oñate in front of the museum had been circulating and then a protest followed with protesters trying to remove the Spanish conquistador statue.

There's no doubt in my mind that the multitude of protests due to wide spread social injustice in our country caused this issue to resurface. History repeats itself and the upheaval of current day America mirrors what was going on in the 1600's in New Mexico. The common denominator always goes hand in hand with having a demagogue leader. I never dreamed I would live to see the division and protests in my country and it is touching each of us on a very deep level and bringing up the hurt and betrayal each of us have felt to the core. Whether or not each of us are aware of it, we all have the memories of our ancestors stored in our DNA.

National news doesn't often cover the issues of the southwest. Issues I felt that Beto O'Rourke was very familiar with and was trying to take to a national level. Nobody on the east coast wanted to listen. It isn't their personal story. The story of their journey began at Ellis Island in 1892. Our journey was long before that, with the Oñate expedition of 1598. He has been seen as a heroic figure who lead the colonization of New Mexico and others view him as a killer who repressed and enslaved Native Americans. So here it is, bubbling over again. People still in cages at the border and now the raging Oñate controversy on national news.

I am torn. The issues in New Mexico are very personal and complicated for me. I am 71% Spanish/European descent and 29% Native American. My ancestors were both the oppressors and the oppressed. I wouldn't be here if it weren't for the Oñate expeditions yet I find his tactics disturbing. He was operating in the name of Christianity, outlawing the rituals of the Native Americans that had been practiced for centuries. He was eventually banished from New Mexico and convicted by the Spanish government of using "excessive force" against the Native Americans.

You know those members of your family that you would just as soon not claim? Juan Oñate is one of them, but I have a list of them. Oñate was married to my 3rd cousin 9 generations ago, Isabel de Tolosa Cortés de Moctezuma. She was the granddaughter of my 1st cousin 10 generations back, Hernando Cortes. You know, the Spanish conquistador who led an expedition that caused the fall of the Aztec Empire. And her mother, Isabel Tecuichpo de Moctezuma was the daughter of the Aztec Emperor Moctezuma. It seems that raping and pillaging was a widespread practice to gain power.

So when you look at the whole art installation, it is very symbolic of what was truly going on. Oñate marching forward acting as a conquistador while the women and children were simply living in involuntary servitude to the powers who were in charge. If you think that protesting and voting doesn't work, think again. We have come a long way.

Oñate colonized New Mexico in 1598 then in 1599 he wrote to the viceroy of New Spain (present day Mexico) and requested additional soldiers and families to help strengthen the colony that had been established.  In the year 1600, sixty-five Spaniards and twenty-five servants were recruited, including women and children. The families from this second wave of colonization were my ancestors and the ancestors of most people with Hispanic roots in New Mexico.

Here is an example of some of my ancestors that came on the expedition:

My 9th great-grandparents, the progenitors of the Baca family of New Mexico. Capitan Cristóbal Baca III and his wife Ana Maria Ortiz Pacheco y Coronado. They had three daughters and two sons.

There are an estimated five million descendants from Cristobal Baca and Ana Ortiz. Almost anyone who has a lineage of seven or more generations in New Mexico are descendants of one of the many Baca lines, if not several times over.

My 7th great-grandparents, the progenitors of the Chavez family of New Mexico. Pedro Gomez Duran y Chaves, and his wife Isabel de Bohorguez Baca. She was the daughter of Cristobal Baca and Ana Ortiz. They had one daughter and two sons.

My 8th great-grandparents the progenitors of the Montoya family of New Mexico. Bartolome de Montoya and his wife Maria de Zamora  They had three sons and two daughters.

I could go on and on, but you get the gist. Yes, the multi-figure art installation titled “La Jornada.” (The Journey)  pays homage to a man that committed atrocities in the name of Christianity. But it also pays homage to other men, women and children. My ancestors. Most of whom I assume were innocent. I am very sad. It's the only place I've ever been where I saw rows and rows of plaques with the names of my ancestors who were the founding fathers of New Mexico. It stood prominently in front of the Albuquerque Museum. It's sad to negate the contributions that the expeditions made to New Mexico's history. Oñate himself was an ugly demagogue but there's a positive side. They brought horses, cattle, sheep, goats, pigs, irrigation, wine and mining.

I took the above photos of “La Jornada” on my last trip to Albuquerque. I never dreamed it would be the last time I saw it. I choose to see the beauty in these photos of women, children and animals who I am sure were doing their best just to survive. I honor those who made the long journey. I pray that we learn to live together in peace.