Last week my grandson Dylan and I made plans for him to spend the night on Tuesday night. Wednesday was his day off of work and we planned to go to ACC and get paper work done for college. YAY! Tuesday evening I was planning on a quiet celebration of the victory of Hillary Clinton's Presidential win. As the evening progressed, it became apparent that wasn't going to happen. I woke up Wednesday in shock. My country was in shock. Nonetheless, Dylan had plans to go to ACC to plan his future. Spending the day with him, making plans for his future was a God send, just as he was a God send into my life the day he was born.

The rest of my week was filled with talk of another kind of college. The electoral college. Clinton garnered more popular votes than her opponent but lost the election because of the archaic electoral college. WTF? Seriously. None of the major newspaper endorsed him. None of the living president endorsed him. Hollywood didn't endorse him. His hometown of NYC hates him. How could he have still bought the election?

I have cried more this week than I have cried in years. Grief and fear consumed me. I woke up crying from a dream on Thursday morning that was a repeat of the Spanish conquerer Cortez in the take over of Mexico from the Aztec Emperor Moctezuma.


A steady steam of heightened bigotry, racist graffiti and hate crimes in the streets filtering into my peaceful life. A hateful patients at doctors offices telling a Spanish office manager to go back to his country because he had a slight Spanish accent. He wasn't even from Mexico, he was from Spain. An American sou chef in Dallas being told to speak English when a customer heard him speaking Spanish to his grandmother.This isn't just about an election. This is about living in the land of the free, a diverse America. One where religion, skin color or sexual orientation or place of birth aren’t liabilities or deficiencies or moral defects. It is about inclusion and connection. It's about building bridges, not walls. But darkness won. The person who ran a campaign of fear and exclusion and isolation won.A very selective America won. One that is largely white, straight and Christian.

In the past few days safety pins have taken on a new meaning in the country. Some Americans are wearing safety pins as a symbol of solidarity with victims of racism, homophobia and religious discrimination. People have spoken out on Twitter to say that their safety pins show that they are an ally to marginalized groups. #SafetyPin shows I will protect those who feel in danger because of gender, sexuality, race, disability and religion. You are safe with me!

Meanwhile, I have been praying for a miracle. Not being specific about what kind of miracle because I have no idea what is in store. Just a miracle to give me hope and the courage to carry on. 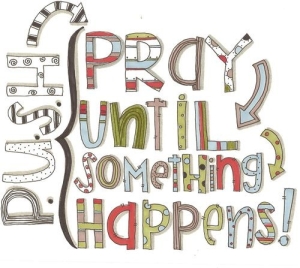