The other day, while having lunch on the patio of Central Market, I had a phone conversation with my brother. He was planting his garden. We have both found that grounding ourselves by gardening is something that is crucial to our well being. That's not all we have in common. He and I discovered late in life that we both have congenital heart dis-ease. Some of the oddities in our hearts are the same, some of them different. We both have aortic aneurysms. One of my arteries that is supposed to go to the right, goes to the left. He doesn't have a pericardium, or a sac that holds the heart in place so his heart is flipped. I have a leaky aortic valve that has caused serious issues twice during dental procedures. The list goes on. I had the first of my undiagnosed seizures at the age of 15, the second at age 25 when I was pregnant with my second child. Fortunately that issue has been controlled with medication since then. Now I am just prone to nervous system overload once in a while and have to retreat to a quiet place. My brother had a brain tumor 5 years ago and we have both suffered from severe migraines for years. I was diagnosed with a very rare spinal disease 8 years ago called Syringomyelia, a disorder in which a cyst forms within the spinal cord. Needless to say we share the same DNA. The good news is that I have someone that is extremely close to me that can relate to a my oddly, serious health issues. I see it all as a blessing, we pray together often. I think he would agree that it doesn't allowed us to get caught up in society's focus on material wealth, instead it has catapulted us into a an amazing spiritual  journey that few understand. 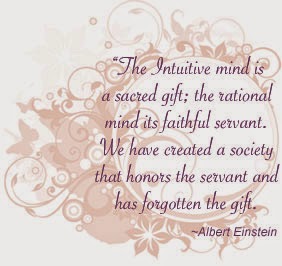 My childhood wasn't typical. I knew at a young age that I was different, however, actually seeing medical documentation that my heart is different and my brain is different sort of makes me feel better because it explains some of my hypersensitivities. I am wired differently, to say the least. I wasn't capable of watching cartoons on Saturday morning. Bugs Bunny blowing up the Roadrunner frightened me so I would retreat to my bedroom and play with my dolls. The sensitivity continued into adulthood making it difficult to watch violent or scary movies, intense hospital drama and or even news broadcasts. I also feel overwhelmed by bright lights, rough fabrics and strong smells. It wasn't until the 80's that I had a name for what I was experiencing. I am an empath. When others easily tolerate chaos, it sends me over the edge. I feel physically ill or in pain as a result of negative energy around me. It's difficult enough to be like an “emotional satellite” with surround sound.... adding to that input from the TV is unbearable, sending my nervous system into overdrive, which causes anxiety, exhaustion and chronic stress that shows up physically in my body in all sorts of ways.

My first memory of feeling someone else's pain was when I was 9. My mother's cousin was visiting and I had to leave the room because I became ill and my chest was hurting. He had just gotten a pacemaker. Having the innate ability to intuitively feel what others are feeling is a blessing and a curse. I sometimes know how others are feeling before they know. Being around dishonest people with dark energy isn't even an option. It often makes me feel overwhelmed or just a sense of sensory overload that makes me sleepy in the middle of the day or wakes me up in the middle of the night after having scary lucid dreams. My whole life, I have been told I am too sensitive and overly emotional, as if I had a choice in the matter. One is either intuitive or not. It isn't a learned trait.

Probably the most difficult aspect of being an empath is that of being misunderstood. We are inclined to pick up on the collective unconscious feelings and/or emotions in a group of people, whether it be a family unit or a group of friends. A great metaphor would be that of a pressure cooker. There are always underlying issues within a group of people and empaths are always the ones that blow their gasket .... so guess who gets blamed. There have been so many times that I have felt like I have been left in a heap of rubble and the culprit walks out smelling like a rose, brushing their hair off of their forehead saying "I didn't do anything." I have found that the only way to find peace within myself is by communicating. Withholding emotions feels detrimental to my health causing physical ailments or dis-ease. Others seem to skate through life without ever having a deep, real conversation about anything. They never seem to let the truth get in the way of their story. So guess who gets blamed. The one that speaks the truth. If you are a sensitive person and your thoughts and/or emotions sometimes become explosive and you get blamed for improper behavior take into consideration that sometimes you are getting unfairly blamed for the collective energy.


And then there is the issue of being in relationships. Ugh.... It has taken me many, many years to understand my issues with intimacy. My relationships have always been filled with intense bonding and even more intense separations. I have always merged with others at the drop of a hat, hence, very quickly finding difficulty in knowing where I ended and they began. It had been my nature to attracted narcissistic people who craved the mirroring and validation I offered. Again, not something I've done consciously. I thought everyone was operating from the same perspective. Isn't that what love songs are written about? Isn't that why Romeo and Juliet died? I used to get so entangled that an “emotional exorcism” of some sort seemed to be the only way to regain my personal space. I gave too much of myself. I would solve their problems with ease and help them restore equilibrium at my expense. It's absolutely no wonder that I have had so many heart breaking songs written about me. I have spent the better part of the past 2 years alone, working on my personal boundaries. I have learned to say no, walk away and feel good about myself if a situation looks like it could be detrimental to my well being. It has been a life long lesson and I think I finally got it.... but please God, don't test me. 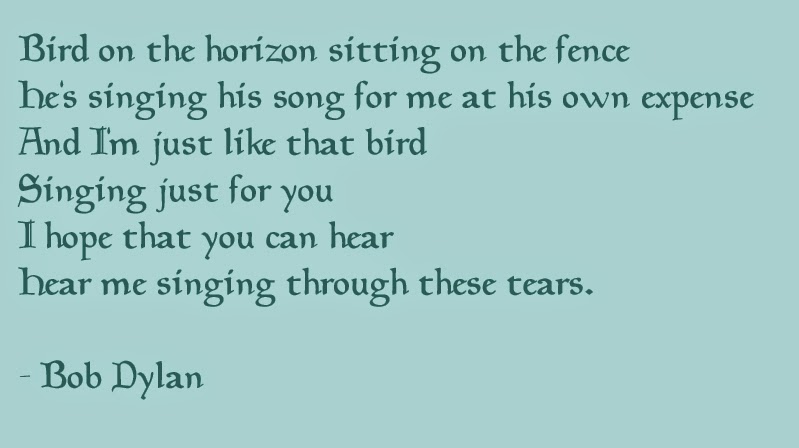 So in this couple of years of almost constant solitude, I have discovered some of the up sides of being an empath. We are often the keepers of ancestral knowledge and family history. I am the photo journalist of the family and have spent a countless hours doing research on my family tree. While doing my ancestral research, my ancestors have become very much a part of my life, helping me to understand family dynamics and even more importantly, family trauma. Linear time doesn't seem to exist, the information is just there. Empathy is genetic, inherent in our DNA and passed from generation to generation. It is studied both by traditional science and alternative healing practitioners.

There is still one aspect of being an empath that I am not overly concerned about but still working on. Empaths are prone to carry extra weight without necessarily overeating. The excess weight is a form of protection to stop the negative incoming energies having as much impact. In order to compensate for the abundance of energy felt by those with empathic abilities, our bodies will often carry extra weight as a type of insulation between ourselves and others as a form of self- protection. So ... to any of you empaths who struggle with your weight and feel guilty because of it.... Don’t. Carrying extra weight doesn't make you any less spiritual or less valuable than anyone else. Learn to love and accept yourself. Thank your body for how it protects and takes care of you. I promise it will do wonders in your overall health and sense of well-being! 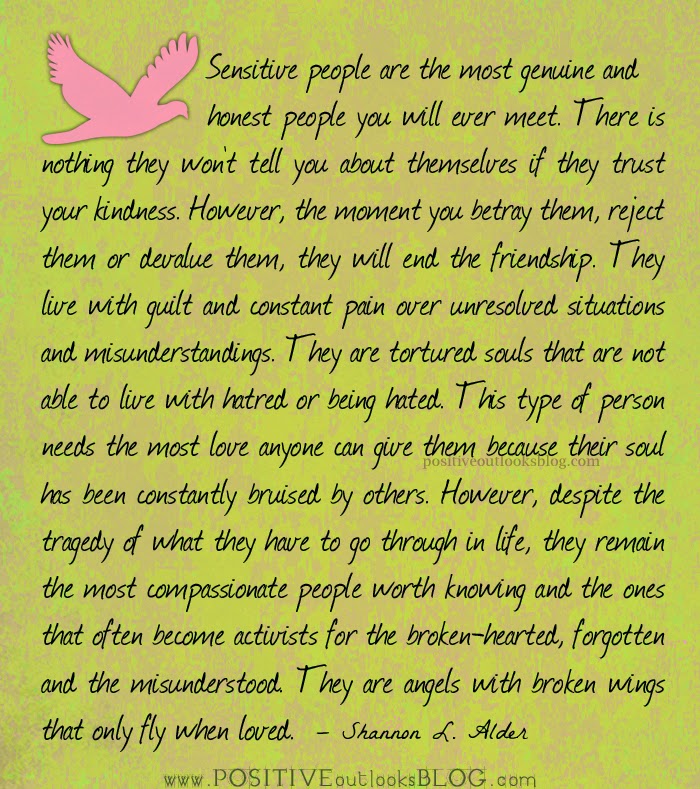 Next month I will be 60 and I am still learning to create healthy boundaries. As an empath, my perspective is easily disrupted by others, the good news is that it forces me to be open minded to others point of view, bad news is I have a history of having my path derailed by others. Oddly, the people that warn me of being taken advantage of are often the ones I have to be the most aware of. Then there are those that I recognize in a split second as kindred spirits. I am still learning to adjust the filter through which I experience life and learning that to be an empath in full bloom is an extraordinary privilege. I am vulnerable yet resilient, intuitive yet grounded. I am deeply creative, expressive and magnetic — All with a sense of how these qualities are balanced with a somewhat oddly broken but open heart. If you too are an empath, pay attention to your heart rate, take care to ground yourself. The earth is a natural source of electrons and subtle electrical fields, which are essential for a proper functioning of immune system, circulation, synchronization of biorhythms. Meditate. Listen to... or play music. It works on the autonomic nervous system, the part of the nervous system that controls our blood pressure, heartbeat and brain function. It is also beneficial to the limbic system, the part of the brain that controls feelings and emotions. When slow rhythms are played, our blood pressure and heartbeat slow down which helps us breathe more slowly, thus reducing muscle tension in our neck, shoulders, stomach and back. Music also reduces psychological tension in our mind.  Drink lots of water and most importantly, listen to your body.