The Fajardo Girls Out On Saturday Night


What a fun weekend it has been. My cousin, Kathy is here, visiting from Dallas. I say cousin but Kathy was married to my dear, dear cousin Paul and he passed away so Kathy and I remained cousins. Friday we went to "The Preservation's" CD release at "Waterloo Records" and then to "Antone's" to see them open for "The Gourds." 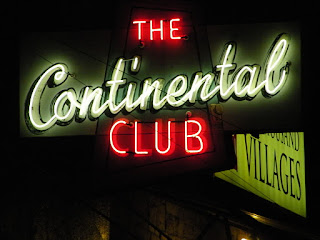 Saturday we spent the morning watching a chick flick then took a stroll down South Congress, ate at Guerro's, had a cup of coffee at Jo's and then went to dance to the music of Earl Poole Ball's new band at "The Continental Club." He has a killer new band that includes members of Robert Plant's new band. 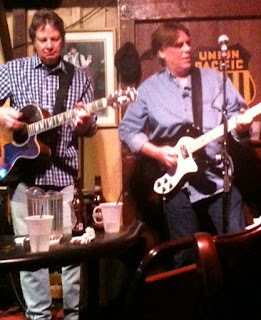 We then met Kathy's brother John and his girlfriend at "Donn's Depot" to see Danny Britt, Marvin Dykhuis, David Carole and Chris Gage sitting in. What a night! We missed you Christine. I would have to say it has been the best weekend of music I have experienced in a while. Nothin' like a good sing along to "Twist and Shout" on a Saturday night!
Posted by Christina Fajardo at Saturday, January 28, 2012