I Went Out On A Limb, The Limb Broke Now I am Learning to Fly

I started three e-courses this month and have fallen so far behind.  There was a trip to St Louis, two days in the hospital for food poisoning and then ... the heartbreak of betrayal.

I started "The Business Soul Sessions" on Monday and on Tuesday experienced a huge personal set back. I would say the biggest betrayal of my life but I realized that it seems to be a pattern for me and pray that this time I am learning the lesson. Have you ever noticed that you create obstacles because of the fear of moving forward? I spent the whole week physically and emotionally unable to complete the tasks of the any of my courses. I read the lessons, pondered it and none of the positive thoughts that are normally readily available were there. I thought "What horrible timing for my life to come crashing down around me." 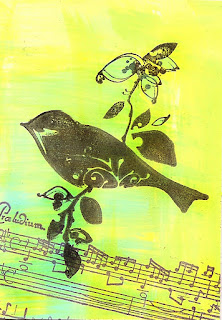 This morning I woke up with a new prospective. It wasn't bad timing at all. This is a very important lesson. A very deep and emotional lesson so I can build a successful business. The lesson was about surrounding myself with a positive, supportive team.  I haven't had that.

I had been in an unhealthy relationship for 4 years. Tony is a very talented musician yet a very broken man. Because of his boyish charm, he attracts caretakers, like myself. For some reason about half of these women are named Suzanne. Well this particular Suzanne showed up on the scene about 3 years ago. It is always obvious when Tony is going through a rough time, like when his mother died, 3 or 4 maternal women show up and want to take him home and take care of him. Long story short this particular Suzanne seemed sincere in apologizing for overstepping her bounds and I thought she and I had become friends. About a year went by, she and I chatted on facebook often. Last year she asked if I wanted to going into business with her. Her idea was to create a line of greeting cards specific to people with illnesses with angels on them. After meeting in person, several phone calls and a million emails, she decided she had nothing to bring to the table. She realized that she wasn't an artist and couldn't draw an angel. Then she told me I could run with "her"idea. I already had my own line of greeting cards since 1990, I already knew how to draw an angel and I didn't really need her input but I thought it was a nice gesture.  Months went by, again she showed up at one of Tony's gigs looking very surprised when I walked in during the second set. It was obvious that they had communicated. I intuitively felt that familiar feeling that there was an ulterior motive and she wasn't there just to hear the music. Another short period of time went by, I sent her an invitation to my art show in October. No reply, however, I had a dream about her the morning of the art show. In the dream she was trying to push me out of Tony's life. There were black birds and breaking glass and I woke up scared, shaken and crying. It would be the last time I slept at Tony's house. Oddly enough, shortly after that my niece's band had a CD released and with a song that described the dream. "Black Bird" I told him of the dream and asked if they had been in contact and he said "Only by email." I emailed her and told her to stay out of my life, then read the emailed to him. He replied "Well, now she isn't going to come to your art show tonight." I knew then I was fighting a losing battle and if it weren't this Suzanne, it would be another Suzanne.  Long story short, instead of just putting out the warning to her, I broke up with Tony. He had told me a million times that he was a better person because of me and I thought the the threat of losing me for ever would push him into taking a long hard look at himself. I was wrong. Three weeks later he and Suzanne were dating. Of course, I had no idea, I was busy at home, creating art. Every time a negative thought enter my mind, I would turn on Oprah's OWN. I would affirm things like "Love Doesn't Hurt. Love Is Kind." I would repeat affirmations by Iyanla Van Zandt. I joined the gym. I was really feeling great about myself and my art business. My sales on Etsy had taken off.

I didn't see Tony for about 6 weeks. I was getting reports that he was out and about alone and drinking a lot. Then the holiday season brought parties and art shows. Tony started showing up and hanging out like a lost puppy. I allowed him back in, but this time I was determined follow the instructions of my therapist to take it slow and just monitor his behavior being extremely careful to maintain strong boundaries. He came to my family Christmas party, gave me a nice gift and seemed to be on the same page. Then sure enough, last week after a solid week of daily open communication, he disappeared for the weekend. I asked him on Monday if he was seeing someone. I was expecting a "Yes" or a "No." I was expecting "Sure I have dated around but it was nothing." I was prepared for that. Instead I got the most egocentric, mean answer BY EMAIL you could imagine. "Yes, I have been seeing Suzanne since a three weeks after you broke up with me and I started seeing Leah when you were in St Louis, visiting your kids. What else do you want to know?" I was floored. Talk about needing to get the last word in. Leah is an ex-girlfriend who he had a VERY dysfunctional relationship with. So while I was taking great strides flying into a more positive life, he was moving backward into his unhealthy habits. He even emailed me about a dream with detailed symbolism of his fears of being stuck in old habits while everyone else was evolving and moving forward. That was the last conversation we had before the sh*t hit the fan. I was angry and hurt yet at the same time sad for him that he had continued to make bad choices.

Needless to say, it has been a hard week. Fortunately, I have tapped into a wonderful group of creative souls in this summer's "Flying Lessons" who have become such a huge part of my personal growth. There are no words for the gratitude that I feel. None of us knew that we were going to be a part of this revolution. I feel that my frequency has been turned up and there is no turning back.

I spent 3 years nurturing Tony's music business. I never missed a gig. The promotions on his music business were one step in front of all his friends. I designed his website, all his concert posters, demo CDs, I put his music on itunes, created a facebook page and kept it up and running.  And he still questioned my ability and never saw the power behind having me on his team. Always asking why I didn't do it like someone else. I explained that I am a graphic designer with 20 years of experience. Tony finally let it be known that giving him that much attention made him feel obligated. I spent this past year backing off and putting more energy into my art. Last week he mentioned that he only has one gig all month and he still doesn't get that being a successful musician required more than having a technically good band. Every successful business (band)  has a heart and soul that needs to be nurtured along with all the people involved.

So the disappointment that I experienced this week was actually not a disappointment at all but a divine appointment to teach me what I needed to know before I started week two of my e-course. I didn't get a late start at all, I am right on target and ready to FLY!


"Just before you break through the sound barrier is when the cockpit shakes the most."
~ Chuck Yeager, the pilot who was the first broke the sound barrier
Posted by Christina Fajardo at Sunday, January 22, 2012